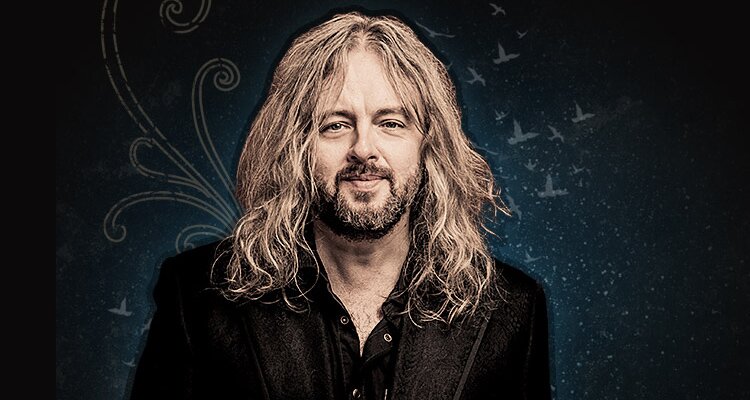 Welcome back! I have some news!

First things first, thank you SO much for the overwhelming support of the new Dragonborn song. It was really not in my plans, but sometimes you just need to follow your heart. So thank you for that! If you know someone who is a fan of Skyrim, or would enjoy the song, do share with them!

Here’s a little update on how things are going with the new album!

First, the songs that came together ended up being a lot more metal than I originally planned, which is totally great. BUT… there’s a lot more Celtic & Fantasy elements, which make for a great combination if you ask me 🙂

Troy Donockley of Nightwish has finished all his tracks for the new album!

The flutes and pipes he played really added some MAGIC to what was already there. Lots of goosebumps for me when I heard the end result!
So I’m absolutely thrilled about that! 🙂

Next, I also have a new guest player!
Chen Balbus, the guitarist from Orphaned Land (Middle Eastern/Oriental Metal) is gracing a couple tracks with the saz and the oud.

I was really surprised at what a difference they made in places, and it really wowed me!  My next thought was, “umm…. I really need to do more with these instruments… they are also magical!”

Those are 2 new guests that I’m very happy to have on this album.
Timo Somers (Delain) is neck-deep in guitar tracks for the album as we speak!
Drums from Sander (Ex-Delain) and bass from Barend (Blind Guardian) are on the way as well!

Then, it’s vocals for me in June!

I’m going to attempt to sing my vocals in a very home-made vocal booth 🙂 Using some newer technology, I’ll be recording directly from my microphone, which will send the signal and record directly to my producer’s computer. It’s supposed to act like Skype, but for music (so much higher quality). I’m really hoping the tech works out and it all goes smoothly.

This is now really an international effort! Let’s see, Troy is in the UK, Chen is in Israel, Timo, Sander, and Barend are in the Netherlands, Oliver (my producer), who is a huge part of this project is in Germany, I’m in Canada. Is that all? I almost forget how many people are involved now!

I’ll be thinking about choosing a single, and of course doing a video this Summer….  Lots to look forward to!

I need to proofread better. The sentence should have been:

I like Nightwish very much. To have that Gothic fantasy sensibility with Troy on guitars promises to make for new and unique approaches to the music.

This song is beyond amazing! I have always adored Morrowind and Skyrim, and all things dragon. I could close my eyes and swear I was there amongst the Nords. The vocals are enchanting, to say the least.

Guest
Rob Chandler
Share On TwitterShare On Google
I am soooo looking forward to this album! I fell in love with your music with OEAA, the guitar parts, bass parts, drums.. killer! And of course your voice, blew me away. I am a musician/producer so I appreciate the absolute quality of your music, it is rare these days to find music that is original, of impeccable quality, and fresh! The ONLY thing I would leave out is the “death metal” vocals, just doesn’t match with the purity of your style. But that is the only thing, (only on 1 song) I would change… One thing that would be… Read more »
Vote Up0Vote Down  Reply